My eight-month old granddaughter has no idea what all the craziness on TV has been for the last few days, except for an abundance of the colors red, white and blue and a lot of crazy signs she can’t yet read. But as Hillary Clinton kicked aside giant shards of glass to accept the Democratic party’s nomination for President, I felt hopeful, especially for Sadie. She will never know a time when a woman could not be nominated to lead our nation.

What she didn’t hear was the glass ceiling shattering and another wall of sexism falling. What a victory! And while there is another step before we have our first woman President, this is still an amazing milestone – and one that I and so many other women have been working on for far too long.

Sadie’s great-grandmother (my mother) was one of those women collectively called “Rosie the Riveter.” While my father was serving in the U.S. Navy in the Pacific, she worked at the Alameda Naval Air Station, supporting the war effort; as she and many other women took the place of men who were serving in the European and Pacific theaters. When they returned, she was unemployed, but she believed with all her heart that there was nothing a woman could not do. This became one of the most repeated lessons I heard as I was growing up and one I imparted to my own daughters.

I also believe in putting action and experience behind my words. During my junior year of high school, I wanted to explore a career in law enforcement. I applied for and became one of the first female Police Explorers in the state of California. This excellent training program, previously only open to males, made a significant mark in my pursuit of a career in law enforcement and my education overall. Now, girls fill the ranks of Explorer programs across the country. 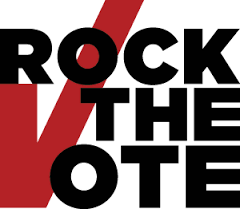 Along with becoming an Explorer, I also volunteered with the Let Us Vote movement, which resulted in the passage of the 26th Amendment of the Constitution in July 1971, giving 18-year-olds the right to vote. Although I was just one of many savoring this victory, I felt I really mattered in November 1972 when I actually got to cast a ballot, something I’ve done every election since.

A few years later, I became the first female Police Cadet for the Los Angeles Police Department, another kick at the glass ceiling that came with some challenges. As department brass pointed to me as an example, many of the staff I encountered in the field did everything they could to discourage me from trying to become a police officer. They said women didn’t belong, the job was too dangerous, we didn’t have the temperament, men felt like they had to protect us, blah, blah, blah. Never mind that I was a marksman on the firing range and excelled on the psychological tests. I took that opportunity to learn everything I could about serving the public and 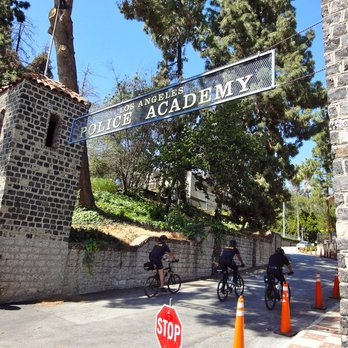 working within the legal system. My street senses were strong.

I worked out like a fiend to pass physical tests at the Academy and was on track to go into an upcoming class, but a family crisis changed my mind and I stepped back, but not before nudging open a very heavy door for females that followed me.

When I became a mother, I impressed upon my girls their grandmother’s message, that they could do anything they wanted. By that time, smaller barriers were falling by the wayside, thanks to legislation like Title IX and Equal Employment Opportunity, but there were still a few holdouts. Even though people generally said women could do anything, there remained a reluctance to give them the opportunity to lead. Women filled high offices, such as Speaker of the House (which only happened in 2007), Secretary of State (in 1997), but President was out of reach. We’ve made progress, I cautioned, but there is still much to do.

For those who think this accomplishment of putting a woman in charge is no big deal, especially if you are female, don’t be fooled. The attack on women continues, from the Republican Presidential candidate to members of Congress (all male) who still believe that they control your body. I remember the days before Roe v. Wade, when coat hangers were the surgical instruments of desperation. And despite legislation that is supposed to protect them, across the nation women earn an average of 79 cents to every dollar paid to male workers. It’s long past time that equality becomes the accepted law of the land.

Sadie, the struggle is real, but change is possible. As a nation, we have a lot of work ahead of us, especially in the areas of racism, discrimination and immigration. We need to reestablish respect and civility, kindness and compassion – traits that I know your parents hold dear. We need to spread more love and less hate. Women are good at that.

Right now, those choices are in the hands of your mother and grandmothers, your father, grandfathers, aunts, uncles, friends and fellow Americans. I’m proud of our progress and sincerely hope we don’t screw it up before you join the deciders in a short 17 years.

Carol Rock is a writer based in the Los Angeles area. She is an award-winning journalist with more than 20 years experience covering all areas of news and features. She works as a freelance public relations and media consultant, with writing remaining her strong suit. Her tattoo, if it were real, would read “Don’t Die Wondering.”

Feedback is welcome and encouraged! Please be civil, your passion and ideas will be respected as long as nobody’s calling anyone names. Let’s communicate! And feel free to share!

One thought on “Celebrating the ceiling she’ll never know”